Seems this year went by like a whirlwind, with the AST Pro, STR-Tweed, AST Mods, AST Head II, et al, all taking center stage along with the continued success of the whole line, including the little classic, almost impossible to improve upon, ST-6V6se. Michael and I have had a great year and so has Swart Amps! And we're really looking forward to 2009, even as I'm writing this, trying to see through my Champaign glasses (will someone close the blinds?)

Hope you all have had a great holiday season. We've been busy getting amps out to all the needy Swart brigade. Come to think of it, where are the Swart Elves when you need them? In the middle of the insane holiday rush, Michael and I would always make time for product testing, including jamming with friends as seen below, this a typical, late night Saturday session in the Swart Loft. 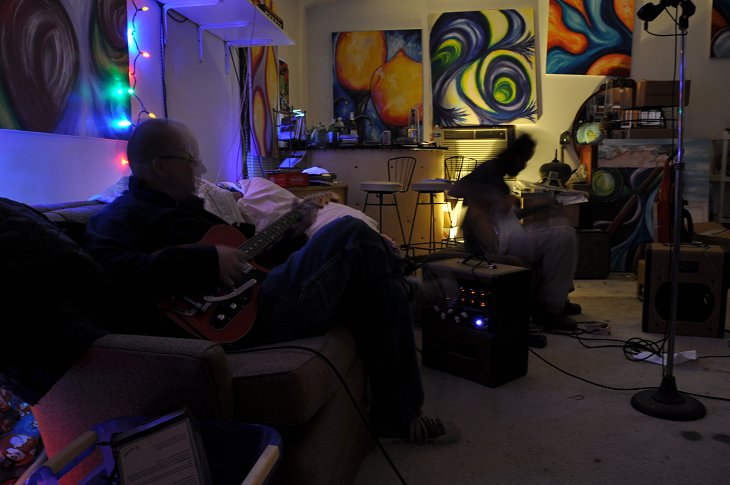 Well, it's still hard to believe it's 2009. Ok, it's been 10 minutes since I entered the above text but I had to stop, have some more French Roast through my new Press Pot, guaranteed to make my coffee addiction even more horrifying... what's with the different text here? Hmmmm...Ok, back to century gothic. Man, this looks bad on my wife's laptop. And why hasn't anyone closed the blinds?

Enough of my blather. Let's see what's been going on around here lately ~ kh ~ Swart Online 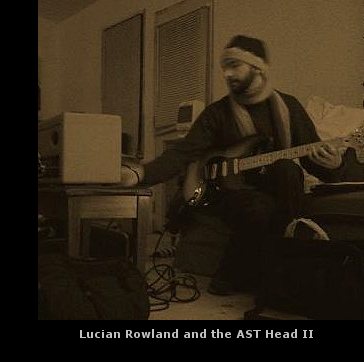 They've been on the site for a bit but you might have missed it. Well, you couldn't find a nicer guy than Lucian Rowland, a talented guitar player that now resides in Wilmington. And we've been lucky to have him along with Stephen Sellers for the Wed night sessions which have been ripe for recording in hope of a mid 09 release from Sellers and co. Late one night, Lucian decided to throw some riffs through his favorite new amp, the AST Head II and 1x12. We had lights going out part of the way through but nothing stopped rolling. If only we had HEAT this eve... all the Swart glow kept it cozy.

Click on the graphic at right for the whole story->

We've gotten a load of great shots flowing in from the Swart faithful. Take a look at a sampling below, with more to come - kh

First up is Urs' much loved AST Pro and classic Ric. Says Urs,

"I received the AST Pro a few weeks ago and it’s absolutely amazing - I love the sound, look, workmanship & vibe! I’m so glad I chose to buy a Swart amp. I love how it gives my Ric 360 endless sustain in clean and in driven. It gives it a chime that I haven’t heard before through any other amp. The trem beams give you to a third dimension and the space makes me float right through it. Thank you for building my perfect amp. Cheers! 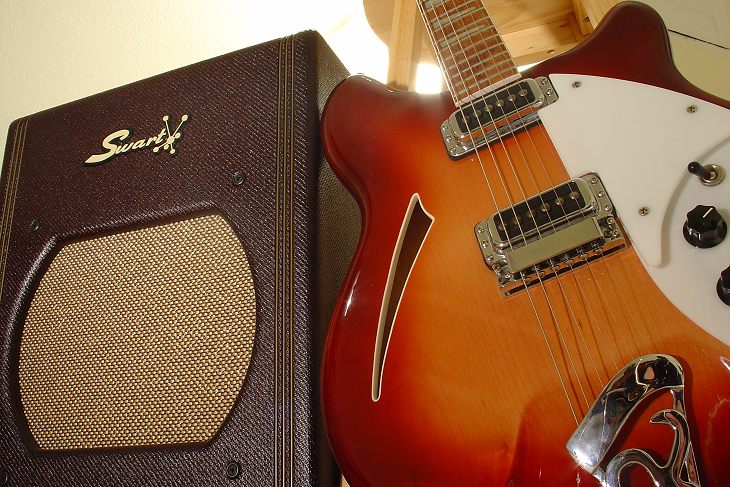 Enter Maggie Osterberg. She loves her Swart AST and sent some really compelling shots of a few of her favorite guitars with her Swart. Below, we have Maggie's Duo Sonic next to her favorite amp. Maggie adds,

"This amp is fantastic! I give Michael Swart all sorts of props for coming up with a new twist on things- it's like a wooly blackface or a super-spacious tweed, but really, it is its own thing. Turned down, it's a warm and ever-so-slightly hairy clean machine. When it's turned up, that British-voiced speaker does this freaky cool Neil-Young-with-more-punch thing that is impossible to beat. And to top it off, it looks as cool as it sounds! Heck, it even smells good!" 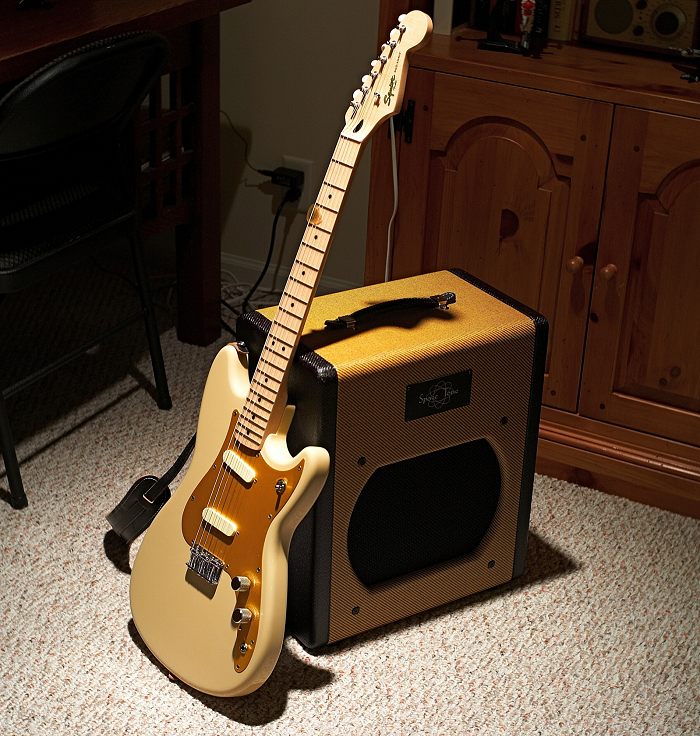 Chance Garrity sent these great shots in of his favorite AST now with the latest Pro Back Panel Mod, this pushing his AST 2x12 cabinet. Thanks for the excellent shots, Chance! 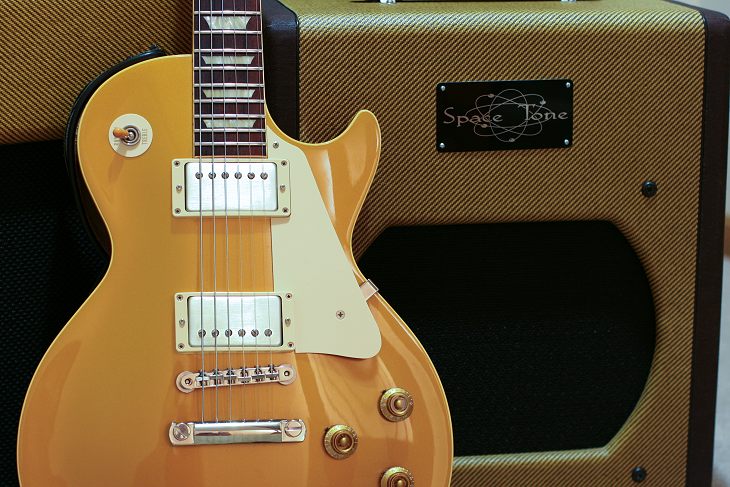 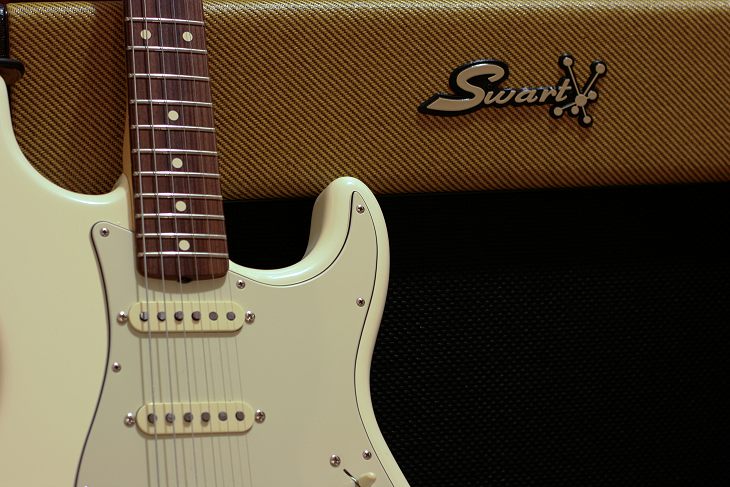 What does this have to do with Swart amps? Well, ask Michael's sister, writing from Holland...or ask me (after the blinds are down). Actually, where else can you satisfy the craving to see ye olde SHEEPS doing what SHEEPS do!

I love SHEEPS. All of them.

And no, it's not Sheep. It has to be SHEEPS. This made my year already. Besides, you can click below, and see MORE OF THEM and the largest sheeps photo you've seen...I promise. 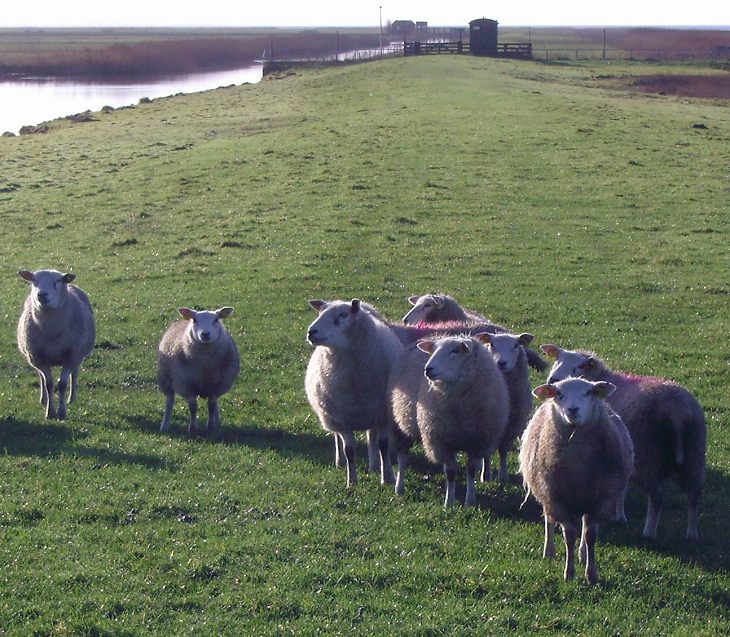 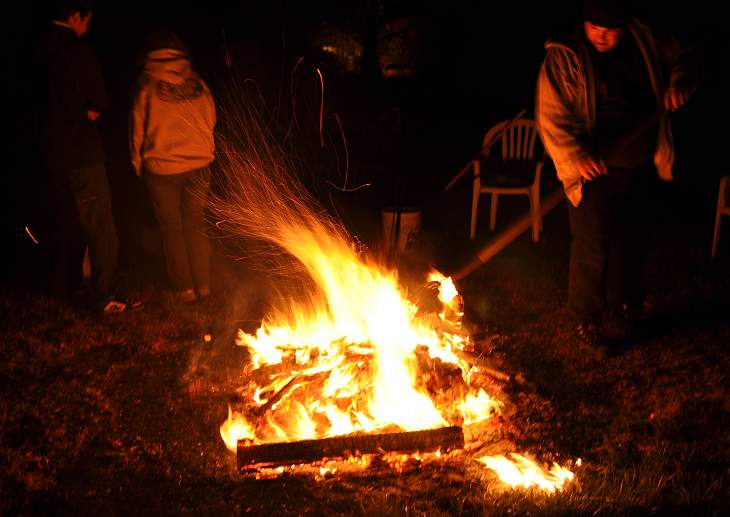