Like most of the rest of the World that was Alive and cognizant in 1991, it's hard to ignore Matthew Sweet's breakthrough album "Girlfriend" as it made it out of the Indie scene into the mainstream catapulting Matthew into the bright lights of Top of Charts, success, whether he liked it or not. Ever since, Matthew has taken his own path, really doing what he felt as an artist. I have fond memories of 100% Fun and Altered Beast, among others. My good friend actually has Altered Beast in every single color released. Matthew actually has a catalog of over 20 albums along with some really interesting collaborations, including The Thorns, in addition to a compelling covers album with longtime friend, Susanna Hoffs. When he contacted us, looking for the AST, I saw "msweet" in the address and wondered if it was THE Matthew Sweet. Indeed it was. Many emails and EVERY Swart later, Matthew is totally smitten with the Swart line, getting use in his projects, including the latest Sunshine Lies album as well as the upcoming covers record with Hoffs, due out next spring. Please catch Matthew Sweet in his TOUR around the US ~ see Dates

Mathew discusses his samples below, many which you'll recognize - kh

"I think the STR Tweed is in fact the funnest of swarts, although that's hard to say as I love all Swarts--let's face it, all of them are great!

The STR Tweed is unique in that it achieves both a notable rich bottom end and body while adding a raw and reedy extra gain stage that just makes it sing and bloom. For crunchy rhythm, just check out the samples, mostly done for tone and vibe, a few you might recognize. And don't forget to to make sure to crank the computer speakers, these amps aren't 3 inches high! The guitar is my much loved Fano JM6 with Fralin P-90s.

Highlights include the amazing tone of this amp at gain with the ability to switch back down to cleaner mode, making for quick changing of the whole dynamic to a glassier cleaner twangy-er sound. One thing I love in drive mode is the incredible sensitivity of this amp, especially groovy in terms of how it interacts with the reverb. If you pick lightly, it's clean with more minimal verb; when you hit hard, it rips through with bark, bite, and reverb explosion to spare. It's all very cool and dynamic. To me, this is the perfect recording swart!" 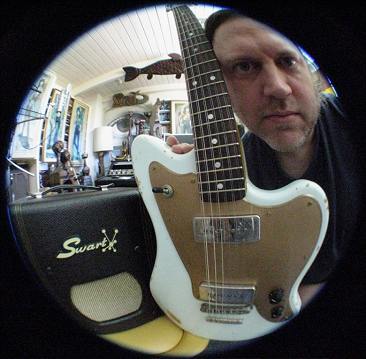